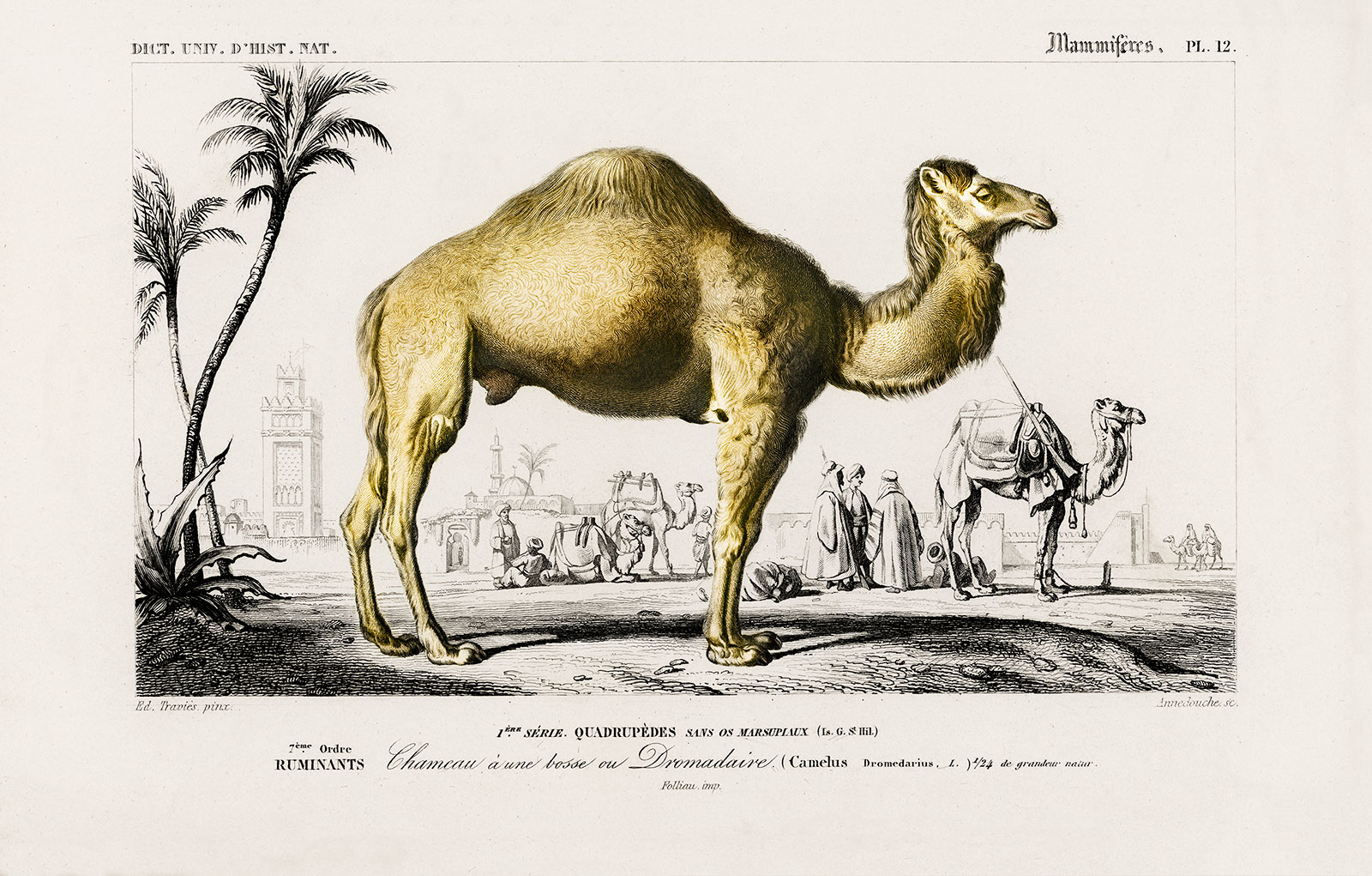 Woe to you, scribes and Pharisees, hypocrites! For you tithe mint and dill and cumin, and have neglected the weightier matters of the law: justice and mercy and faithfulness. These you ought to have done, without neglecting the others. You blind guides, straining out a gnat and swallowing a camel! Matthew 23:23-24

Way back in 1980 I was pumped about studying Bible and theology. I took a summer course in Old Testament and I was hooked. For the next three years I worked as a police officer at night and went to graduate school during the day. It was rough, but I was compelled to go on and in 1983 I earned a Master of Biblical Theology degree. Shortly thereafter I was a police officer on Friday and a pastor in Montana on Monday!

A bit over a decade later we moved back to the vicinity of the same seminary and I resumed my studies, eventually earning the standard degree for pastors, Master of Divinity. Two of my favorite courses were New Testament Greek and Old Testament Hebrew. I had 12 years of life experience as a police officer, a bachelor’s degree in biology, and two Masters degrees from the seminary. And guess what?

I was in no way prepared to be a pastor.

Oh sure, I loved to teach and preach Scripture and help people understand God’s Word and grow in Christ. I really wanted to lead unsaved people to Christ as well. But all in all, the thing was absolute misery. Infighting in the church. Grumbling. Rank worldliness in church members. Egos. Craving for power and control. You name a sin and it was there, big time.  And plenty of shots came my way I can tell you.  I remember one congregational meeting (I dreaded those) when I sat off to the side and watched and heard people arguing heatedly over how much I should be paid (and mind you, the missions agency we were with paid the large majority of our salary anyway!).  This was Christ’s church?  I guessed it must me.  It’s all I had ever known in “church.”

There is a vast difference between knowledge and wisdom. I had knowledge, but I had very little of the wisdom that only the Lord gives. And largely, this godly wisdom which the Bible says is so precious, is not taught in seminaries. It is not really even spoken of in seminaries, or in our churches. Because for godly wisdom to be discussed and taught, the teacher must first possess it himself. Most do not. A few may. But certainly only a few. Oh, knowledge, sure. Facts. Doctrines. Data. This is important and it is all communicated in detail in Christian academia. But wisdom?  Nope.

The proverbs of Solomon, son of David, king of Israel: To know wisdom and instruction, to understand words of insight, to receive instruction in wise dealing, in righteousness, justice, and equity; to give prudence to the simple, knowledge and discretion to the youth– Let the wise hear and increase in learning, and the one who understands obtain guidance, to understand a proverb and a saying, the words of the wise and their riddles. The fear of the LORD is the beginning of knowledge; fools despise wisdom and instruction. (Proverbs 1:1-7)

Wisdom, if you will continue on through Proverbs, is largely about discerning between good and evil.  It is about knowing that what you see is evil or good. Wisdom from the Lord enables us to know righteousness and unrighteousness. Here is a prime example:

Then two prostitutes came to the king and stood before him. The one woman said, “Oh, my lord, this woman and I live in the same house, and I gave birth to a child while she was in the house. Then on the third day after I gave birth, this woman also gave birth. And we were alone. There was no one else with us in the house; only we two were in the house.And this woman’s son died in the night, because she lay on him. And she arose at midnight and took my son from beside me, while your servant slept, and laid him at her breast, and laid her dead son at my breast. When I rose in the morning to nurse my child, behold, he was dead. But when I looked at him closely in the morning, behold, he was not the child that I had borne.” But the other woman said, “No, the living child is mine, and the dead child is yours.” The first said, “No, the dead child is yours, and the living child is mine.” Thus they spoke before the king.Then the king said, “The one says, ‘This is my son that is alive, and your son is dead’; and the other says, ‘No; but your son is dead, and my son is the living one.’” And the king said, “Bring me a sword.” So a sword was brought before the king. And the king said, “Divide the living child in two, and give half to the one and half to the other.” Then the woman whose son was alive said to the king, because her heart yearned for her son, “Oh, my lord, give her the living child, and by no means put him to death.” But the other said, “He shall be neither mine nor yours; divide him.” Then the king answered and said, “Give the living child to the first woman, and by no means put him to death; she is his mother.”And all Israel heard of the judgment that the king had rendered, and they stood in awe of the king, because they perceived that the wisdom of God was in him to do justice. (1 Kings 3:16-28)

Oh, I knew full well from my police years that there are bad people in the sense of being crooks. Lawbreakers. The bad guys who were always trying to steal and rob. But what I did not understand is that there are many, many other kinds of even more evil people who are church members, police officers, pastors, medical professionals and others who will never end up in prison. Yet they are wicked to the core. They are sociopaths, psychopaths, and abusers. They appear to be fine, upstanding pillars of the church and popular with everyone. But their methods are evil and dark and hidden and destructive. And they are in just about every single church in the world.

Make no mistake. These kind are NOT “Christian brothers and sisters who are just ‘difficult’ people, who have ‘anger issues,’ people with whom we must be oh so patient.” No! They are evil. These people who work to destroy lives. Who wear such a “wonderful facade of saintliness” yet who work in their very nature to drive the righteous out of a local church. This is evil. These are agents of the enemy. God’s Word tells us so. His wisdom enables us to see it.

Very few pastors, very few professing Christians, very few theologians today possess wisdom. And as a result, taking seminaries as an example again (same thing happens in churches), aspiring pastors are taught the jot and tittle of Scripture. They study the original languages. They write detailed papers on this verse and that doctrine. They diagram the sentences of the Greek New Testament, circling the participles and their antecedents, noting the gender, number, and case of nouns and the tense, voice, mood, person and number of the verbs. They are told to strive to arrive at the real meaning of the biblical author so that they apply the verse properly. I did all this.  I can do all this.

But I can also tell you that without godly wisdom, all that will happen is that in this minute straining out of Scripture’s words you will only end up sorting out the gnat and then turn right around and swallow the camel. That is to say, you will end up totally missing the real Spirit of the text and inevitably you will teach a legalistic, man-made tradition that you think is the Word of God, but is not. You will tell an abuse victim she is stuck for life in her marriage. You will think she is the problem. You will give the disputed baby to the liar.

Wisdom in a sense is only taught by the Lord, though it certainly can be described to us by people who possess it. And one of the primary ways the Lord teaches His wisdom to us is by taking us through difficult and hard experiences in life. I came to have wisdom about abusers and their tactics because the Lord allowed quite a few of them to target me over the years in my pastoral ministry. Even then it took a long, long time until — I suppose kind of like the Lord leaving Moses in the wilderness for 40 years and then calling him to lead His people out of bondage — there came a point when I was reading a book on sexual and domestic abusers and FLASH! The lights came on.  “Jeff, THIS is what has been happening to YOU in your churches all these 25 years!” I saw it.  I could see the evil and I could see the righteous. How could I have been so blind?”  The answer of course was, I had to be trained in righteousness and in the knowledge of the Lord. He had to put me through the flame so that I could see the fire for what it was.

I have found that if a person like myself were to address a group of pastors, or if by some miracle I was asked to speak on the subject of abuse at a seminary, there would be shock and silence. That is to say, when professing Christians do not possess God’s wisdom, His wisdom seems like foolishness and unpleasantness to them.  They do NOT want to hear it. The evil is all around them, in their very church pews, yet they cover their eyes and do not want to see it or hear about it.  One time a lady commenting on this blog said that in her church, cases of abuse are properly dealt with by keeping them secret from everyone because, she said, it is just too unpleasant for many people to hear about. A church like that could properly be called a ship of fools. Because godly wisdom simply does not exist there.

If you have been brought through the flames and the floods of abuse, then you resonate with these things. Why? Because the Lord, through the wilderness years of your abuse, has taught you His wisdom. When we say that there is evil in most churches today, you do not mock us and dismiss us as crazy people. Because you know it is true. You know what evil looks like.

And THAT, is a very good thing.

Heb 5:14 But solid food is for the mature, for those who have their powers of discernment trained by constant practice to distinguish good from evil.