I suppose this could be titled “my experience with evil in the local church.” In this ongoing series of posts my purpose is to show how I have seen evil being allowed to come into the church and take control, enslaving all who yield to it. This kind of thing is, of course, the subject of much of the New Testament epistles as the apostles warn Christ’s people of how the enemy will come against them.

I became a pastor in 1983 when I accepted a pastoral position with a tiny church in the mountains of western Montana. I could tell many stories of the operations of evil there (though I loved Montana and still miss it in many ways), as I could in my experience at my second church in Alaska. But in this series I am just going to focus on the evil that I met in our present church which we came to 26 years ago. The stories I can tell would fill books.

Let me introduce you to Jean. Jean was a very talented musician. When I arrived here she was the choir director and church pianist. Why? Because she was talented in music. No other reason. The previous pastor was somewhat of a musician himself and between the two of them they provided what purported to be “worship” music. Every Sunday Jean tickled the ivories with runs up and down the scales, impressing the congregation with her musical abilities. Even more, she led the choir (which was fairly sizeable for a church of 125 or so people). When the new building was put up a couple of years before I came, special facilities were included in the blueprints for Jean’s music room.

Most everyone lauded Jean for her “ministry.” Except that is for a few who had experienced her in other settings. That Jean was not the supposed “saint” who showed up at church each Sunday. That Jean was the real Jean. Jean, in fact, was not a Christian at all. She did not know the Lord and He did not know her. She was characterized by many of the wicked qualities the Apostle Paul names in the Scripture above – enmity, strife, jealousy, fits of anger.

And yet here was Jean, established as a key leader in a local church, intimately involved in what was supposed to be the worship of God. All who were duped by her (and that was the majority) were enslaved to her deception. Did they know they were slaves? Well, many did, at least to some degree. The men on the church board knew that Jean was not to be “crossed.” They told me so. Even one of her closest relatives who was also a member of the church told me in an aside one Sunday, “Jean is a very bitter, angry person. But we just try to get along with her.”

And THIS is a typical way in which a local church becomes enslaved to evil. An unsaved, unregenerate person, still a slave to the devil, shows up in the church claiming to be a Christian and announcing his or her “gift.” In shorter order they are installed in a key position in the church, praised as a true servant of the Lord, a real asset to the body of Christ. They are neither of these.

How do I know? How can I say these things so confidently about Jean? Because God’s Word clearly tells us what Jean actually was –

Gal 5:22-24  But the fruit of the Spirit is love, joy, peace, patience, kindness, goodness, faithfulness,  (23)  gentleness, self-control; against such things there is no law.  (24)  And those who belong to Christ Jesus have crucified the flesh with its passions and desires.

And this fruit of the Spirit evidences itself in EVERY real Christian. Paul is not describing some “higher level of sanctification” here. He is telling us how to recognize the work of the Spirit in contrast to that of the flesh. While a Christian in this present life still sins, the flesh is not the defining pattern and habitual path of his or her life. The Spirit is. That is why John can say:

1Jn 1:6  If we say we have fellowship with him while we walk in darkness, we lie and do not practice the truth.

Jean was characterized, among other sins, by fits of anger. Whenever Jean did not get her way, whenever she perceived she was not getting the praise she demanded, she used her rage as a weapon to subdue those around her. I witnessed this and was in fact the target of this evil numbers of times before Jean stormed one final time out of the church and never came back.

In spite of these outbursts of the evil in her heart, no one in the church ever stood up to her and confronted her. Ultimately it fell to me to do so. The men on the church board were cowards – “Well Jeff, now you’ve gotten sideways of Jean,” the president of the deacon board told me. “We all just try to get along with her.”

What I realize now as I look back on those times is that Jean and her kind hated me the moment I walked in as the new pastor. Before I had said anything. Before I had done anything. Even when I announced at the first Sunday service that I would be preaching through Colossians, Jean’s response was negative: “Oh, no, not Colossians again” And her hatred of me only increased. Ultimately I confronted her in the presence of others and told her that her sinful behavior was going to stop, that her rages were not going to be permitted here any longer. She stormed out that final time, picking up her purse as she did and speaking in a tone of rage “you have destroyed my ministry here! I am going to find another church.”

And so she did. Oh, doctrine and truth did not matter at all to Jean. She was soon established in a very liberal, counterfeit “christian” church in town. After all, they had a fine grand piano and a much nicer sanctuary with better acoustics.

Evil recognizes the Spirit of God in us. It hates us as the world hated Christ and as the Lord warned us it would. Our battle with other counterfeits in this church, as it was those many years ago, would continue for a long time to come. If the church was a garden, this one had been allowed to go to weeds for many years.

Just one final point, and a very vital one. Jean and people like her are a false gospel. They are teachers of another gospel. By her actions and her involvement in the worship of the Lord, Jean taught everyone that a Christian can walk in sin. Jean taught a false notion of forgiveness that demands we forgive people who don’t repent. Jean taught by her evil example that a Christian can be a reviler, a person who subjects others to fits of rage so as to control them. All these lies and more, Jean taught. And all the while the preacher is telling people every Sunday, “witness to the unsaved. Invite them here to church so they can see Jesus and get saved.” The reality?

Mat 23:15  Woe to you, scribes and Pharisees, hypocrites! For you travel across sea and land to make a single proselyte, and when he becomes a proselyte, you make him twice as much a child of hell as yourselves.

Go back to Part 4 of this series

I am the pastor of Christ Reformation Church in Tillamook, Oregon, arriving here in 1993. I have been a pastor since 1983 and was a police officer for 12 years before that. My wife and I have been married since 1971. Verla is a medical assistant at a local clinic and in our spare time we like to hunt, fish, and ride our motorcycle. View all posts by Jeff Crippen

Leave a Reply - For Your Safety Comments are Moderated Cancel reply

The Lord’s Rejection of Popular Ministry 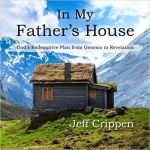